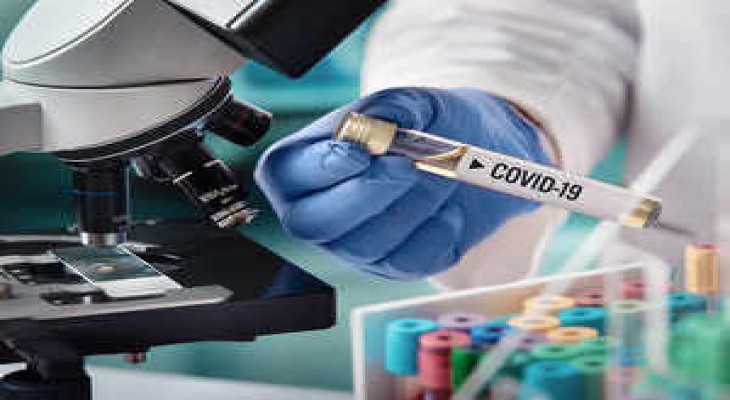 China has reported 99 new coronavirus cases, the highest in a single day in recent weeks, and 63 fresh asymptomatic infections, taking the total number of patients in the country to 82,052, health officials said here on Saturday, amid concerns about a second wave of the pandemic.

According to China's National Health Commission (NHC), as of Saturday, a total of 1,280 imported cases were reported in China. Of the cases, 481 had been discharged from hospitals after recovery, and 799 were from people returning from abroad.

It said 99 new confirmed COVID-19 cases were reported on the Chinese mainland on Saturday, of which 97 were from people returning from abroad.

Asymptomatic cases refer to people who are tested positive for the coronavirus but develop no symptoms such as fever, cough or sore throat. They are infectious and pose a risk of spreading to others.

The increase in COVID-19 cases after the virus was curbed in its epicentre Hubei province and its capital Wuhan has become a source of concern especially when China has permitted normal activities all over the country.

On Saturday Mi Feng, a spokesperson of the NHC, asked the public to strengthen protective measures and avoid gatherings after cluster infections of the coronavirus were reported in some parts of the country.

Noting that cluster infections have been reported in some parts of the country, Mi urged the public to strengthen protective measures and avoid gatherings, state-run Xinhua news agency reported.

The coronavirus cases are on the rise as hundreds of Chinese nationals held up in different countries where the COVID-19 outbreak is prevalent have returned home with the help of Chinese government.

Those returnees are being screened before shifting them to 14-day quarantine facilities.

The NHC said the overall death toll remained at 3,339 in the country with no new fatalities reported on Saturday. Two new domestically transmitted cases were also reported, both in Heilongjiang Province bordering Russia, it said.

Saturday also saw 49 new suspected cases, all imported ones, reported on the mainland.

The overall confirmed cases on the mainland had reached 82,052 by Saturday, including 1,138 patients who were still being treated, 77,575 people discharged after recovery, and 3,339 people died of the disease.

A total of 336 patients in Hong Kong, 10 in Macao and 99 in Taiwan had been discharged from hospitals after recovery, it said.

The novel coronavirus which originated from China in December has killed 108,862 people and infected over 1.7 million people globally. The US has the highest number of infections at 529,887, while Italy leads the death toll with 19,468 fatalities, according to Johns Hopkins University data.